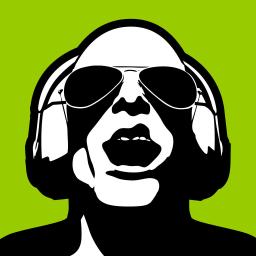 IK Multimedia GrooveMaker 2020 IOS (iPhone, iPad, iPod) works with pre-arranged sets of loops (called “Songs”) that always sound good together. You can remix them in real-time in limitless ways with our patented “groove generator” technology.In addition to the classical touch interface, you now get touchless control, thanks to the new iRing™ technology. GrooveMaker effects, parts and Randomix can now be controlled with iRing by moving your hands in front of the device camera.

Select a Song, you enter into the new Grid interface. Push the Randomix button (or rotate the iRing), and you will immediately see the building blocks of your groove appear on the grid, and the music will start playing. You can change grooves with the Randomix function, or literally “draw” new grooves directly on the grid. You can lock loops, solo and mute them, change volume and pan, and freely associate loops to each of the 8 available tracks. When you’re satisfied with the results, just take a Snap (snapshot) to memorize it for further sequencing.

Enhance your grooves with the new Effects interface: 16 high-quality effects, from Filter to Delay, Stutter to Flanger, and Crush to Noise. You also get highly creative effects like Twist, Brake, Spin and Tail, that can only be found on sophisticated professional DJ gear.All the effects can be operated with the X-Y touch surface (or with iRing), where you can record automation within the 8-bar groove duration, for dynamic groove-effects progressions. You also have a new Master section, where you can give the finishing touch to your groove with a Compressor, an EQ and a Filter, for a pro sound that can be cut straight to a record.

GrooveMaker Packs offer over 5,900 loops. They come grouped “Song” packs that are each organized by categories such as bass drum, loop, bass, line, pads, effects and percussion. There are 80 collections available, featuring styles like House, Dubstep, Hip-Hop, Techno, Trance, Electro, D’n’B, Reggae, Reggaeton, and Rock. There are even artist packs from Ace of Skunk Anansie, Chris Domingo and Cool & Dre, with more to be released.